Family Carers Ireland has published a new research report which suggests that almost 67,000 young people in Ireland aged 10-17 provide regular unpaid care for a loved one and that they are at greater risk of mental and emotional difficulties than their non-carer peers.

Young carer is the term given to young people, typically under the age of 18, who provide substantial unpaid care to a family member due to illness, disability, mental health, substance misuse or problems related to old age.

The findings are drawn from the Health Behaviour in School Children (HBSC) 2018 Study conducted by researchers at National University of Ireland, Galway (NUIG) who analysed the data relating to young carers at the request of Family Carers Ireland. 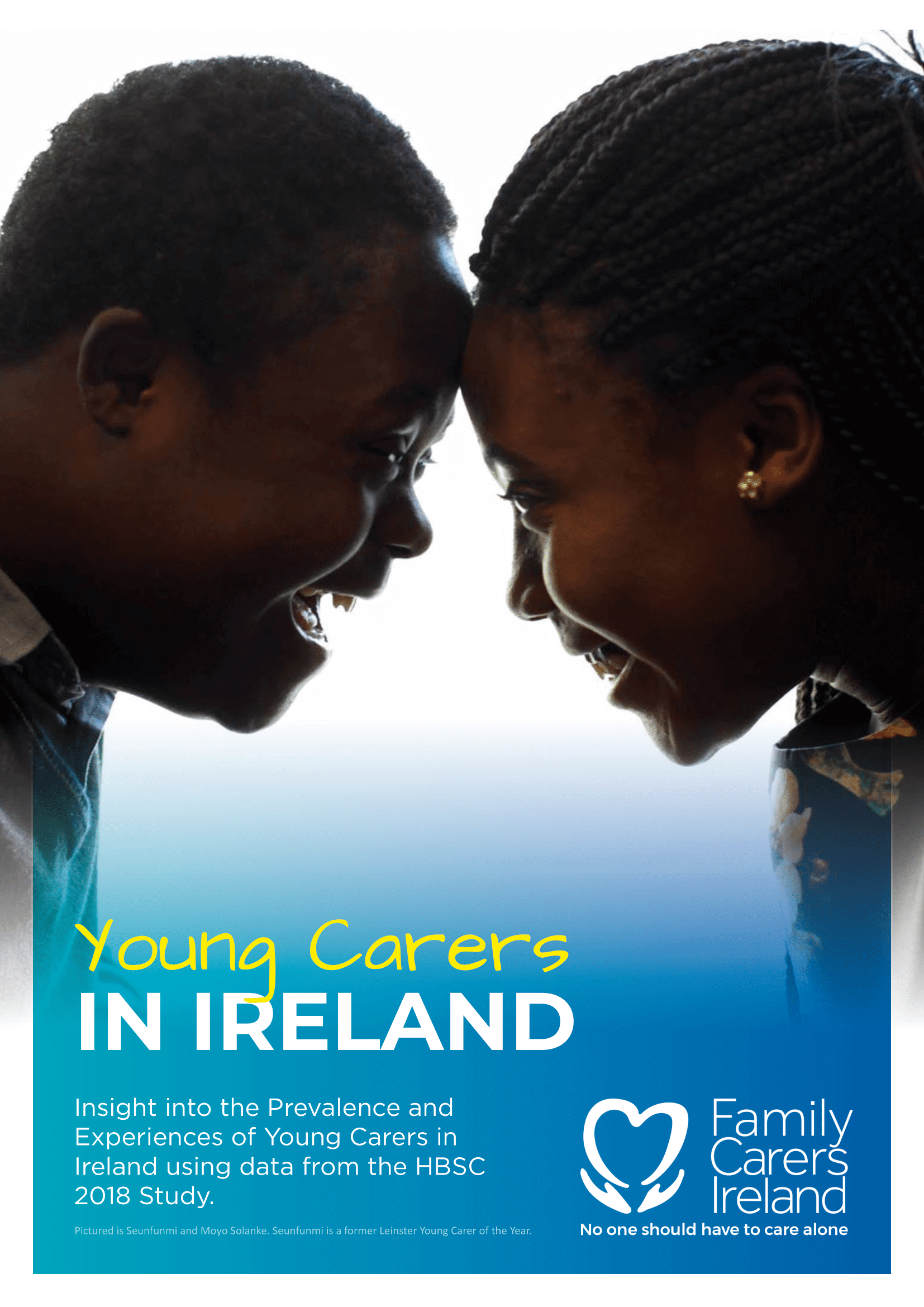 In its conclusions, the report highlights the urgent need to address the discrepancies in national estimates of the number of young carers. The 2016 Census identified 3,800 young carers in Ireland. However, because the Census requires parents to disclose their child’s caring role, which they may be reluctant to do due to a fear of stigmatisation or concerns about privacy, these figures are likely to significantly underestimate the actual prevalence.

It also concludes that the vulnerability of young carers must make its way onto national policy agendas and that their voices be heard in the planning and decision making processes.

“This report highlights just how important it is that young carers are recognised and supported at an early stage in their caring roles to prevent them experiencing negative outcomes to their physical and mental health and well-being. A particularly worrying statistic coming from the research is that 24 % of young carers said they experienced hunger which is significantly higher than the non-carer population (17.9%)” said Catherine Cox, Head of Communications and Policy.

“Young carers are an incredible group of children. Yet our findings from the HBSC study show they report poorer health and wellbeing outcomes compared to their peers. It is important that Young Carers are not disadvantaged or at risk because of the help they provide within their families. Working with young carers themselves to plan the next steps is vital.”

Family Carers Ireland is the national charity supporting the 355,000 family carers across the country who dedicate their lives to caring for loved ones such as children or adults with physical or intellectual disabilities, older people, the terminally ill or those suffering from chronic illnesses or addiction.

Through Ireland’s only national young carers programme, FCI supports young carers’ physical and mental health, helping them to remain engaged in school, enabling them to make transitions and assisting them to engage socially.