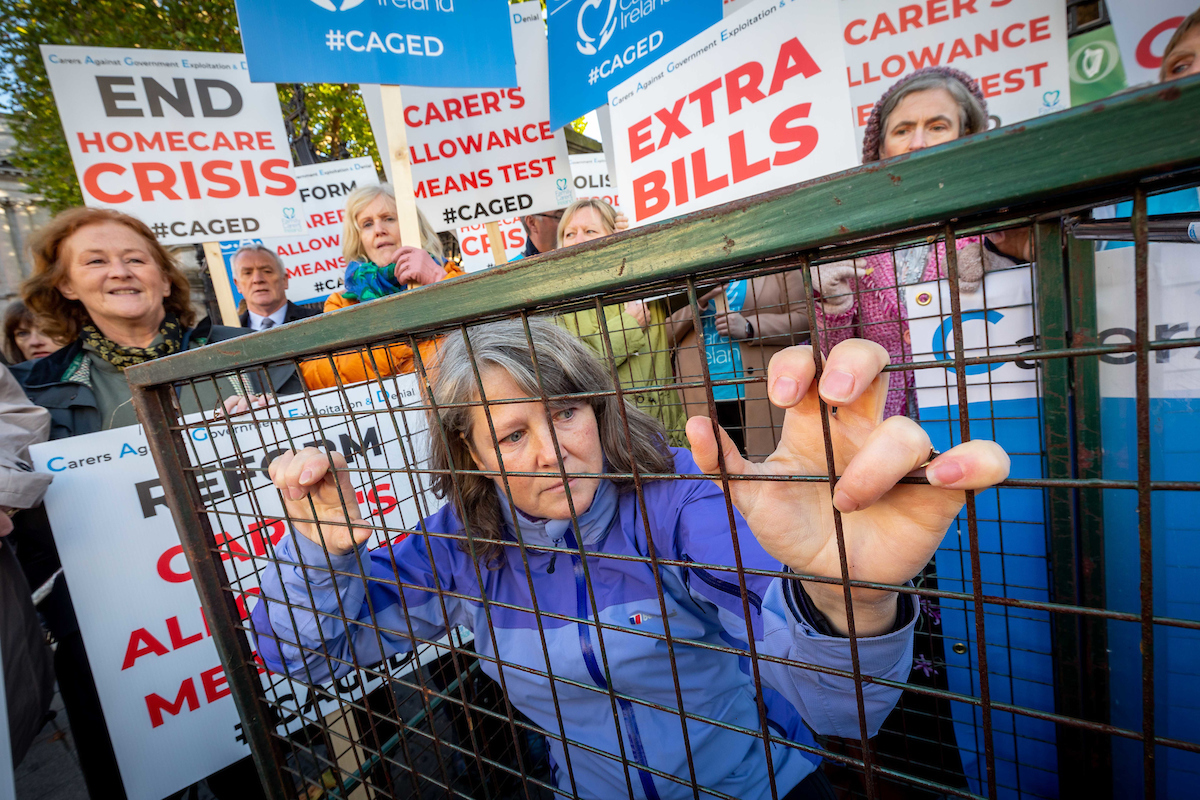 Angry family carers protested today outside Dáil Éireann to highlight their disappointment and frustration with Budget 2020.

“The Government have family carers in a box. They think they’ve ticked the box with this budget – well they didn’t. Our phones have been ringing with furious family carers demanding proper recognition for the 24/7 work that they do looking after loved ones who need their care and attention,” said Catherine Cox, Head of Communications and Carer Engagement with Family Carers Ireland.

Family carer Jacinta Fortune from Dublin sat inside a cage during today’s #CAGED (Carers Against Government Exploitation & Denial) demonstration outside the gates of Leinster House. Family carers feel trapped and say that the Government does not recognise their contribution or their struggle.

The allocation of €45 million for one million additional home care hours is not enough particularly bearing in mind that an additional €28 million in 2019 led to the collapse of home care services across the country. With current waiting lists and demographic changes, this allocation leaves family carers trapped in crisis.

“The 355,000 family carers in Ireland remain caged by this budget,” said Tracy Carroll, a family carer who looks after her daughter Willow.

“We want to send a strong message to Government that our concerns must be recognised. We are at the end of our tether,” she continued.

Family carers will no longer accept the repeated failure of Government to address the homecare crisis and implement the demands outlined in Family Carers Ireland’s pre-budget submission “A Decade Lost.”

They demand that Government:

Family Carers Ireland is the voice of Ireland’s hidden army of family carers whose daily commitment saves the state €10 billion per year. Once again, they are left with no choice but to prop up Ireland’s healthcare system.