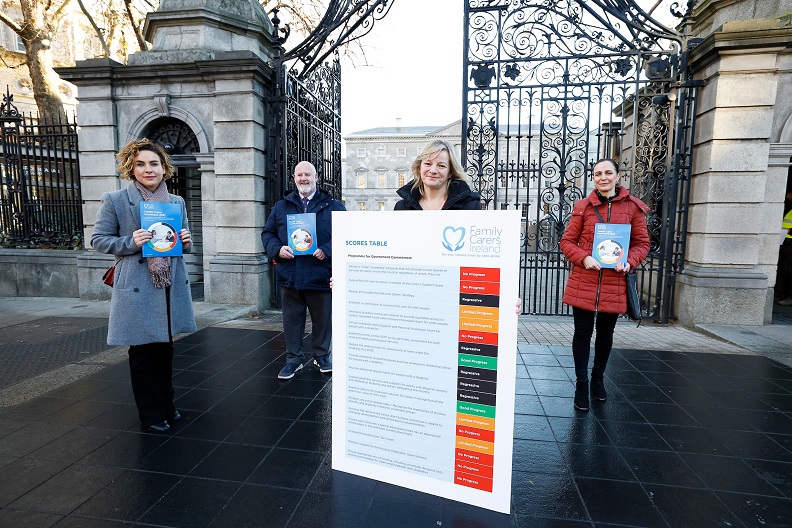 Wednesday 15th December 2021: Family Carers Ireland today launched its ‘Family Carer Scorecard’ reviewing the Government’s progress in implementing commitments made to family carers in the Programme for Government. Since taking office, the coalition has failed to fully deliver on any of its own commitments.

Family Carers Ireland, in collaboration with family carers across their network, examined the Programme for Government and selected and scored the progress on 18 commitments which are clear, measurable and have the potential to significantly improve the quality of life of family carers and those for whom they care.

Of the 18 Programme for Government commitments assessed:

The scorecard highlights improvements in a number of areas including the reduction in waiting times for assessment of need; work to develop a pension solution for family carers that recognises their important work; increasing the income and capital disregard for Carer’s Allowance and the piloting of a statutory homecare scheme.

However, it noted continued shortcomings across a number of areas such as the Government’s commitment to review and update the National Carers’ Strategy; extending the remit of the NTPF to ensure the timely assessment for both child and adult psychological services; the provision of additional residential places and new emergency residential places for people with a disability; the provision of respite nights for people with a disability; and the expansion of adult day services and supports for adults with physical, sensory, and intellectual disability and autism throughout the country.

“Despite the Programme for Government clearly stating that ‘family carers are the backbone of care provision in Ireland and deserve support and recognition’, this scorecard shows that progress is far too slow, with the situation of family carers actually getting worse rather than better in relation to some key commitments.

“Family Carers Ireland recognises the immense challenges presented by the Covid-19 pandemic which have stymied Government’s efforts to implement its Programme for Government and have undoubtedly hindered progress in the delivery of some commitments. While it is understandable that momentum may have been lost, it is important to note that the Programme for Government was agreed in the months following the outbreak of the pandemic and, as such, inaction due to the pandemic is not an acceptable reason for a lack of progress.

“With the Government having now completed the first quarter of its term in office, it is imperative that we refocus and redouble our efforts towards ensuring that the ambitions of the Programme for Government are realised.” 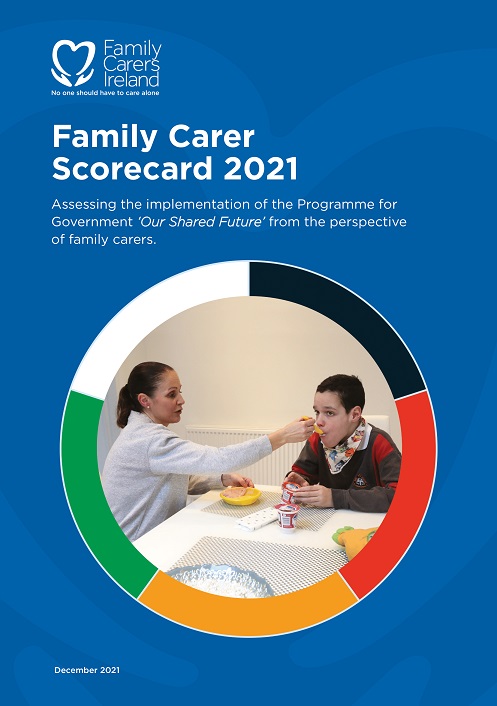